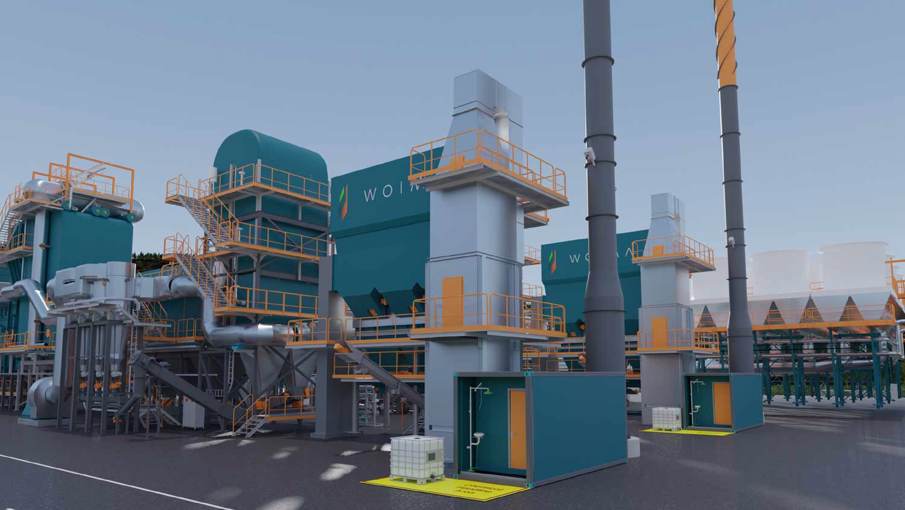 Mitigating the environmental impact of waste

Municipal Solid Waste (MSW) is available in abundance everywhere in the world. It offers several business opportunities in reuse, recycling and incineration for energy. Yet, it remains an under-utilized resource. The solution reduces the quantity of waste placed in landfills and improves people’s health and general living conditions.

The world produces about two billion tons of MSW every year, of which more than 70% is still being landfilled, often at non-sanitary dump sites. Using this locally available waste to produce electricity or heat helps mitigate its environmental impact – and reduce fossil fuel dependency.

Together with our strategic partner, Woima Corporation, we deliver turnkey waste-to-energy plants based on well-proven grate combustion technology. The wasteWOIMA® solution is a pre-engineered plant with factory-fabricated, container-size modules. For the customer, this means a reliable, high-quality and cost-effective solution with simple construction and a short time to commercial operation.

The wasteWOIMA® W2E power plant technology is based on the well-proven grate incineration technology. The fed-in waste fraction moves forward on the reciprocating grate through the combustion phases: drying, pyrolysis and char combustion. Eventually the burn residue, or ‘bottom ash’, falls off into a cooling pool. Primary air is fed through the grate to support full combustion. It also acts as a cooling media for the grate, reducing the need for maintenance work. Depending on the composition, and so the calorific value of the waste, the incineration capacity varies between five and seven tons an hour.

A system of conveyor belts automatically transports the cooled bottom ash to an ash processing system, which removes excess water and returns it to the cooling pond. The remaining ash is then compacted for landfilling or used in infrastructure construction or cement production, for example.

The furnace opens to the post-combustion chamber, where the gasified fractions of the incinerated waste burn. Secondary air is injected to help ignite the gases and ensure full combustion. The heated flue gas flows into the flue gas duct which is comprised of evaporator surfaces. At the same time, feed water is supplied to the membrane pipes of the evaporation surfaces which constitute the walls of 1st, 2ndand 3rd empty passes and the convection area. The lengthy channel guarantees the EU-standard residence time (2 sec @ 850°C) for the flue gas, required to fully burn out the highly toxic elements (furans and dioxins).

Waste heat from the radiation channel is collected in the recovery boiler, which includes the superheater, boiler banks, economizer, and air preheater. They are a series of piping arrays designed to collect the remaining heat in the flue gas through convection. They convert the steam generated in the membrane walls of the radiation channel into superheated steam for the turbine.

The fly ash within the flue gas accumulates on the wall and piping surfaces in the boiler and reduces its heat transfer efficiency over time. So, an efficient soot removal process is needed to keep the boiler functioning properly.

The air pollution control (APC) is based on a dry system. The wasteWOIMA® power plant is equipped with Hydrated Lime, Ca(OH)2 and Activated Carbon dosing systems and reactor, combined with a fabric filtration system. This system satisfies the World Bank Air Pollution Guidelines and EU Emission Standards. Both systems produce dry ash residue, so there’s no sludge to treat.

Bottom and fly ashes are ‘clean’ enough to be used in road construction or cement manufacturing, for example. The APC ash, on the other hand, contains a high proportion of heavy metals and other toxic residues and so has to be placed in a landfill or processed further, possibly in a metal extraction plant. The bottom and fly ash quantity is some 15% and the APC ash some 3% of the total incinerated waste amount.

The saturated and superheated steam (400°C @ 40 bar) is fed to a steam turbine-generator set, which transforms the heat and pressure of the steam through a rotating turbine into electricity. A standard back-pressure or condensing turbine is used, depending on the customer’s requirements. The used steam then moves to the condensing system, where the steam vapor turns back to water. This closed circuit ensures efficient operation by keeping all the plant-generated heat within the system. The power plant can generate steam, electricity, thermal power, potable water, or a combination of the above.

One standard feature of the plant is an auxiliary diesel generator set, used during the start-up and shutdown of the plant to run the conveyor belts and air blowers. During the maintenance period, it can also power local operations, reducing dependence on outside power.

WOIMA offers a practical solution for all types of non-toxic solid waste streams. The energy generation solutions will pay for the waste management and eventually eliminate the need for landfills altogether. The system can use existing landfills as a fuel source to free the space for other purposes. That means valuable materials in existing waste can be recycled to save virgin raw materials.

WOIMA can also handle hazardous waste and liquid waste – it can incorporate all waste streams into one turnkey solution. WOIMA extracts energy and recyclables from the waste and renders the remaining matter inert and safe.

WOIMA can use locally available fuels to generate locally sought-after energy commodities for local people. The generated power could be electricity, saturated steam, thermal energy (either heating or cooling), biogas, transport fuels and similar. The system can generate one type of energy or a mix in a cost-effective way.

The system can switch between energy commodities flexibly, thanks to its sophisticated automation system. For example, an industrial customer might require both electricity and saturated steam during the day, but sell electricity to the national grid at night. The internal synergies between different waste streams and energy commodities further enhance its capabilities.

Our flexible and modular solutions

Our flexible and modular solutions operate efficiently under any conditions, adapt to changes in waste fuel supply and energy demand, and offer simple relocation, if needed. They’re suitable for solving both short and long-term waste challenges. And, with our latest ccWOIMA carbon capture, utilization, and storage solutions, we’ll become a carbon negative base-load power plant supplier.